We were recently awarded the ‘Research into action’ award by VicHealth, for our project funded by them on men’s drinking cultures in Victoria, which was based largely on the social media scroll back method developed with Sian Lincoln. This project was led by Steven Roberts, with Brittany Ralph, Karla Elliott, Michael Savic, myself, and with input and guidance from Jo Lindsay, Kerry O’Brien, and Dan Lubman. The report, a summary video, and more information is here:

This research looked at the factors that influence men’s risky drinking practices in five social worlds across metropolitan, regional and rural Victoria. This innovative research used a social media scroll-back method which involved participants scrolling back to photos and posts on social media that they had uploaded or in which they were tagged so they could reflect on the importance and the meanings of specific drinking ‘events’ recorded on social media.

Thanks to Steve, Britt, and Karla who accepted the award on our behalf on the night: 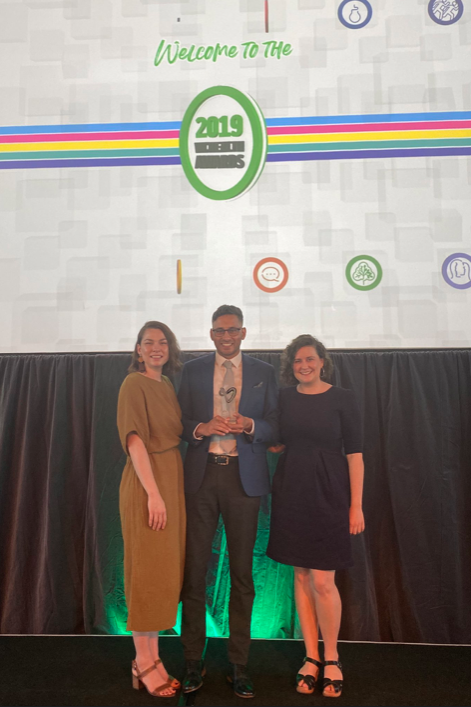 More on the social media scroll back method can be found here:

(Please email me if you are unable to access these resources.)